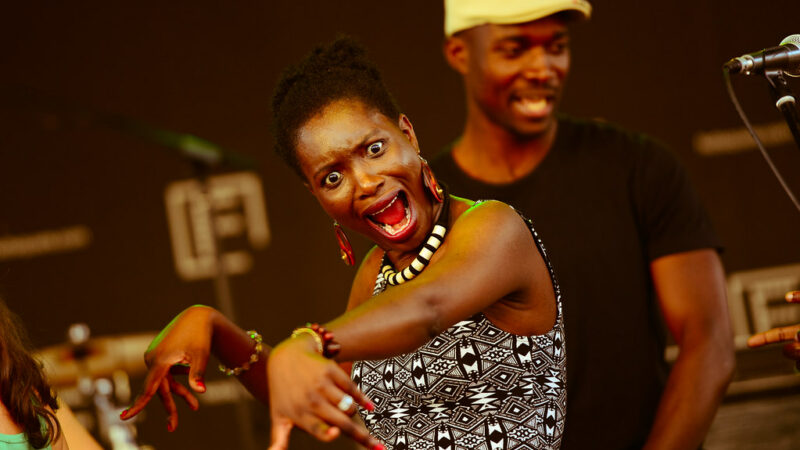 African musicians are making waves within and outside the continent. The music industry is increasingly becoming an income generator for many countries.

In 2018 alone, the creative industries in Africa's greatest art market, Nigeria, raked in over USD 7 billion to the country's total economic earnings. It is expected that in the coming years, according to Aubrey Hruby, a senior fellow in the Washington-based Atlantic Council's Africa Center. Nigeria’s music industry would be worth about 73 million USD.

This has significantly increased African musicians’ fame and allowed them to attract deals with Western musicians and recording companies. However, the complicated realities of music consumption and distribution within Africa is a rather tortuous path for many artists. This situation has been heightened by the global disruption caused by the COVID-19 pandemic.

This is part two of a two-part article series exploring how music is consumed in Africa.

Before the pandemic, African musicians would primarily find success and fame through live performances, followed by radio spots and music festivals.

Live performances offered a special thrill for music lovers, but they were also for a long time, one of the only avenues for selling music directly to their audience. These were the years of CDs and vinyl records.

Due to the high level of local piracy, most musicians in the continent did not stand a chance of earning a decent income. According to a study by Sunday Nnamani, a humanities scholar, Nigeria has the largest market that infringes on creative intellectual rights in the continent. Within this market, “about 80 percent of international music CDs and 40 percent of local music CDs [are] copied, counterfeited, and sold illegally,” Nnamani’s study revealed. This piracy crisis in Nigeria, Africa’s biggest music market since the 1980s, has been exacerbated by “tape bootleggers and bloggers” that distribute music through illegitimate channels, states Tom Simmert, media anthropologist in Germany's Johannes Gutenberg University Mainz. These factors block profits for both musicians and their recording labels.

Musicians have also turned to radio to market their craft. The reason is obvious, radio remains the most dominant mass medium in Africa. It has the “widest audience and highest geographical reach,” more so than television, print media, and the internet, asserts Mary Mayers, a United Kingdom-based communications professor.

Radio was adopted by South Africa’s liberation movement to counter the apartheid state’s propaganda. This was achieved by broadcasting political music and freedom songs which served as a means of mobilization for the freedom fighters.

Since 2019, there has been a push for more local content across the continent’s airwaves, as radio stations were not playing enough African music. In South Africa, the country's broadcasting regulator enforced a “90 percent quota for local music.” This was followed by a similar “80 percent GH Music On Our Airwaves” campaign in Ghana, according to a Geo Poll report.

Musical festivals were also a key outlet for African artists. The continent plays host to a variety of music festivals every year. Malawi's Lake of Stars festival and Zanzibar-Tanzania’s Sauti za Busara (Sounds of Wisdom). Zimbabwe hosts two festivals: the Harare International Festival of the Arts (HIFA) and the Vic Falls carnival. South Africa’s Cape Town International Jazz Festival and Eswatini’s Bushfire, are among the most prestigious music festivals in Sub-Saharan Africa. These festivals boost the local economy by driving tourism from an international audience with high spending capacity.

African music during and after the pandemic

The COVID-19 pandemic shut down all live performances, music festivals, and the musical value chain. According to the World Economic Forum, pandemic restrictions cost the global music industry about USD 10 billion in sponsorships.

Nigerian musicians had to abruptly cancel shows and performances, causing a drastic dent in their incomes. It was equally devastating for South Africa’s live music sector. Of the musicians drawn from all South Africa’s provinces that were surveyed in a report, 41 percent were forced to sell their “instruments and equipment to pay their bills; others are living on loans that will need to be repaid.”

African artists were also hit by a series of cancelled musical tours to Europe due to pandemic-related border closures. This deprived many of them of a significant part of their income as well as opportunities for international recognition.

However, since the pandemic ebbed down, things seem to be gradually returning to normal.

Global music revenue spiked by 18.5 percent, USD 25.9 billion USD, in 2021, according to a report by the International Federation of the Phonographic Industry (IFPI), a non-profit organization that promotes recorded music worldwide. Sub-Saharan Africa, according to the IFPI, also saw a 9.6 percent revenue growth in 2021, largely driven by streaming and ads. In addition, a PricewaterhouseCoopers forecast stated that consumer spending on recorded music will ramp up a staggering USD 43 million and USD 19 million for both Nigeria and Kenya respectively in 2022.

As restrictions loosen, African musicians have sought out international performance opportunities to boost their income.

These big-ticket performances highlight the grand possibilities within the African music scene. As these once under-appreciated genres become more highly sought after in global markets, African artists and streaming platforms are working to position themselves for global success to uplift their profitability and fan bases.