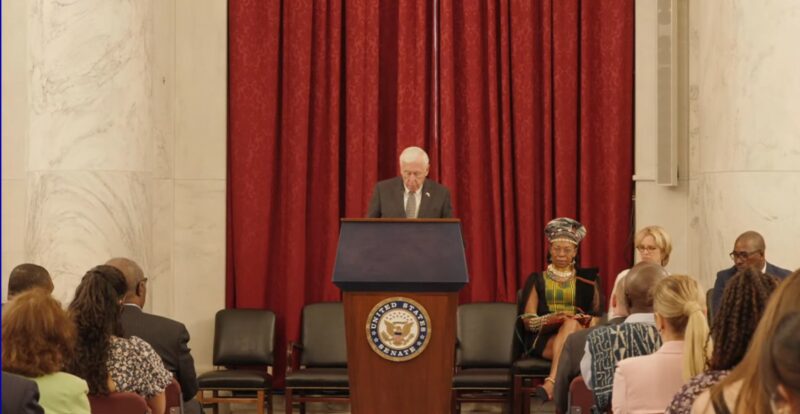 The Robert F. Kennedy Human Rights Award is given to individuals or groups that have consistently defended human rights at “grave personal risk” and using “nonviolent” means. This year's Cameroonian laureates join a distinguished group of over 55 activists and organizations so honored throughout the award's 38-year history.

“The RFK Human Rights Award was created to honor and support those who live out my father’s core belief—that the power of individual and collective moral courage can overcome injustice,” said Kerry Kennedy, president of Robert F. Kennedy Human Rights, in a press statement shared exclusively to Global Voices. “Maximilienne and Felix are the embodiment of that mindset. Their dedication to the advancement of human rights and persistence in the face of great personal risk are truly inspiring, and we look forward to working alongside them.” 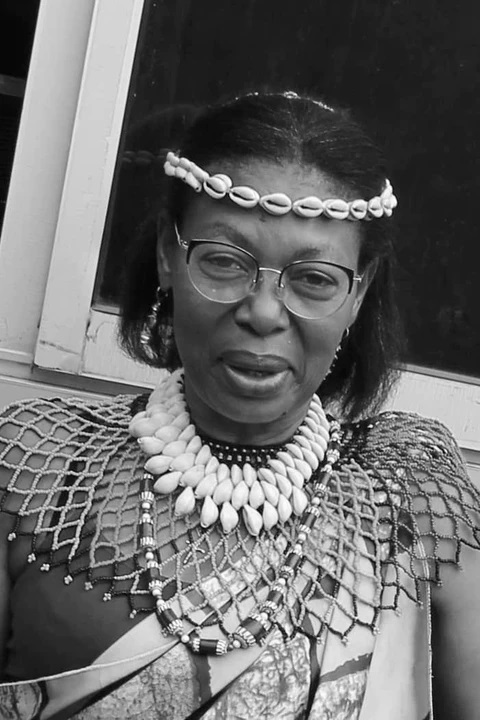 Maximilienne C. Ngo Mbe is a Cameroonian human rights defender with over 30 years’ experience, and leader of the Central African Human Rights Defenders Network (REDHAC). Since 2010, she has led REDHAC's efforts to promote civic space and fundamental freedoms throughout Central Africa through investigations of human rights abuses, advocacy before regional human rights bodies, monitoring of democratic processes, and demanding state accountability. Maximilienne’s persistence in the face of consistent threats and reprisals, and her dedication to the advancement of human rights embodies Robert F. Kennedy Human Rights’ motto of speaking truth to power. 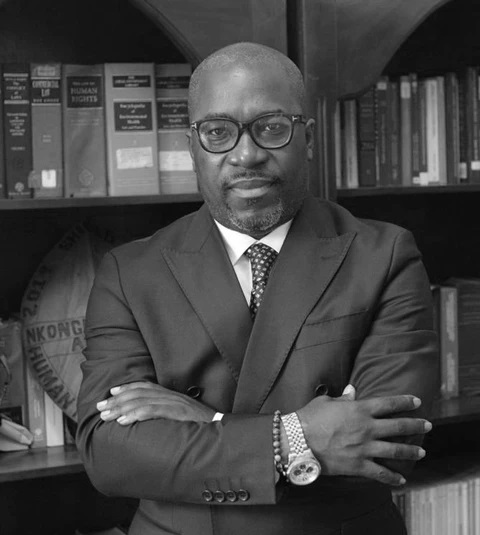 Felix Agbor Nkongho (Balla) is a Cameroonian lawyer and human rights defender. He is the director of the Centre for Human Rights and Democracy in Africa (CHRDA) and a leading advocate for the rights of Cameroonians in the conflict-stricken Anglophone region. Felix’s work focuses on the promotion of democracy, good governance, access to justice, and rule of law. Felix’s reputation as a human rights defender is evidenced by his tireless work for human rights in Cameroon and throughout Africa, despite state sanctioned pushback, including his arbitrary detention in 2017.

“When I got news of the award, I was staring at portraits of my late parents and crying tears of joy. This is the best gift I could ever offer them, and I am sure they will be celebrating in heaven,” said Nkongho.

Today’s awards echo President John F. Kennedy’s June 6, 1960 “Ripples of Hope Speech“ at the University of Cape Town in South Africa: “Each time a man stands up for an ideal, or acts to improve the lot of others, or strikes out against injustice, he sends forth a tiny ripple of hope, and crossing each other from a million different centers of energy and daring those ripples build a current which can sweep down the mightiest walls of oppression and resistance.”

Maximilienne Mbe and Felix Nkongho both demonstrated the power of individual courage in the face of the forces that strive to destroy or weaken their countries.