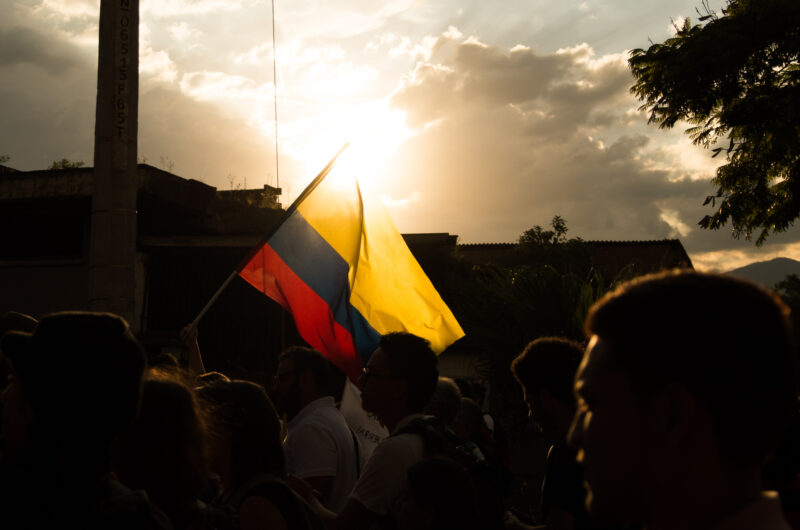 Colombia will choose its new president and vice president in elections on Sunday, June 19 and, unlike in previous years, there is an unprecedented political polarization and a real possibility that left-wing candidates, which have never been in power before, will win.

On May 29, the results of the first round of the presidential elections showed that no candidate passed the bar of 50 percent plus one vote needed to win outright. Consequently, a second round will be held between presidential candidate Gustavo Petro and his running mate Francia Márquez — who won 40.32 percent of the votes — and the “outsider” pair Rodolfo Hernández and Marelen Castillo — with 28.15 percent. According to analysts from the independent media outlet Silla Vacía, the political establishment — represented by Uribismo, a demagogic and neoliberal political movement headed by former president Álvaro Uribe Vélez — was the biggest loser in these elections, leaving the arena open to “a battle between two populisms.”

The candidates of the “Historic Pact” are Petro, a former member of the demobilized urban guerrilla group Movimiento 19 de abril (M19), senator and former mayor of Bogotá, and notably, his vice-presidential candidate Márquez, an environmental activist and lawyer of African descent, who is also a former domestic worker. For the first time in Colombia's history, a popular left-wing coalition may come to power and reshape the region's geopolitical alliances.

“Colombia has never been led by revolutionaries like Mexico or Bolivia, or by popular movements like Peronism in Argentina, or by a socialist like Salvador Allende in Chile,” the BBC stated. “The reformist left-wing politicians who nearly came to power were assassinated.”

From the group “Ligas Gobernantes Anticorrupción (Anti-corruption Governing Leagues),” the presidential candidate is multimillionaire Hernández. Despite corruption accusations, he has focused his campaign on an anti-corruption platform and criticizing traditional politicians. He has also caused controversy not only because several Uribe supporters have endorsed him – even though he claims to be independent — but also because many see him as a mirror image of former U.S. President Donald Trump. His vice-presidential candidate Castillo is also Afro-Colombian, which means that the country will see its first Afro-Colombian vice president sworn in on August 7, regardless of who wins in the second round.

These elections have aroused some mistrust because the National Electoral Commission was unable to engage an international auditor, and so the elections were held with conventional national-level software audits. This has led to concerns among voters about possible electoral fraud by various parties.

Why is the country divided?

For many, the acute political polarization began in 1948 when the progressive politician Jorge Eliecer Gaitán was assassinated, leading to the formation of violent guerrilla and counter-guerrilla groups. Violence, now with narco-paramilitaries and narco-guerrillas still continues today, especially in rural areas. Recently, for example, the paramilitary group the Clan del Golfo (Gulf Clan) staged an armed strike that affected 178 rural municipalities to retaliate against the extradition of its most senior leader, Dairo Antonio Úsuga David, alias Otoniel, to the United States.

This polarization, then, stems from Colombia's civil war, which has left hundreds of thousands dead and millions displaced, and is still ongoing despite a historic peace agreement between one of the major guerrilla groups in 2016. Many people criticize current president Iván Duque's handling of the peace process between the government and the FARC-EP, which brought the conflict closer to a close, but has not ended violence.

In a February 2022 survey, 73 percent of the population disapproved of Duque's government. Most people are dissatisfied with key issues such as corruption, public security, the economy, employment, health, the environment, and education. On June 4, 2022, Duque was sentenced to house arrest for failing to comply with a court decision to protect a nature reserve.

On the one hand, right-wing forces, taking advantage of the general discontent caused by guerrilla armed groups, have pushed messages against left-wing ideas and the Revolutionary Armed Forces of Colombia (FARC), especially in traditional media, which intensified since Uribe's government took office in 2002. Now, a significant part of the public fears a left-wing government because they have been told that, if Gustavo Petro wins, Colombia “would become Cuba or Venezuela.” They fear that Petro could be a populist who could lead Colombia to bankruptcy or become authoritarian. Over 90 percent of Colombians disapprove of Venezuelan President Nicolás Maduro. An estimated 1.7 million Venezuelans were living in Colombia as of March 2021, many fleeing a deepening humanitarian crisis.

On the other hand, other Colombian voters say they woke up when they learned the truth about the “false positives” — the murders of thousands of citizens, mainly by members of the Colombian army, to present them as a victory in the fight against guerrillas and drug traffickers — and also as a result of the national strike in 2021 sparked by the announcement of a tax reform. During the strike, 80 young people were killed and many others injured; different organizations hold state forces responsible for the arbitrary and disproportionate use of force. Strikers also protested against the massacres and murders of many social leaders (whose deaths have not stopped), corruption, and inflation, and demanded the defense of dignity, life, social equality, and human rights. Many protesters rejected Duque's government, which they see as having put state mechanisms at its own service.

On June 19, a divided Colombia will vote for its future. Whoever wins, Colombians want change.