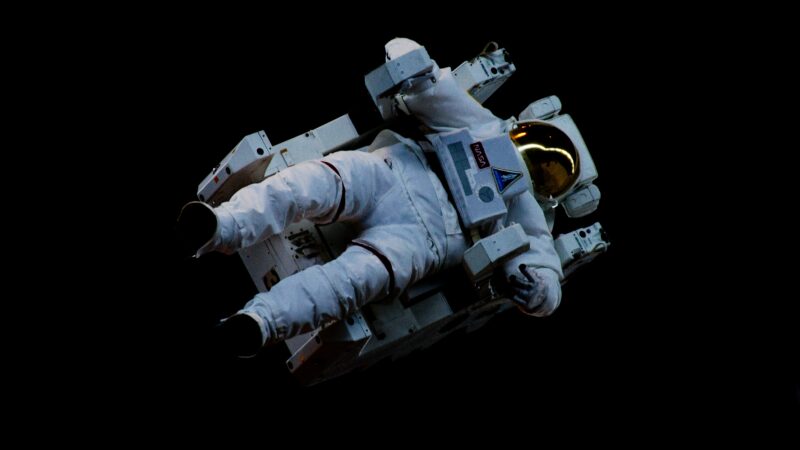 Photo by Niketh Vellanki on Unsplash

As part of its national space program, Turkey's President Recep Tayyip Erdoğan unveiled plans to have its citizens serve aboard the International Space Station. On May 24, the Directorate of Communication published a presidential circular on the “National Space Program Strategy Document.” The eight-year strategic plan prepared by the Turkish Space Agency will serve as a roadmap for “coordinating Turkey's vision, strategy, goals, and projects in the field of space policies.”

Applications are now open for anyone under the age of 45, with a degree in engineering, the sciences, or medicine with a proficiency in English, to submit their application to fly into space. Other criteria include height, sight, and weight specifications. Two candidates will be selected from the applicant pool but only one will fly after receiving the necessary training, reported the online news platform Diken.

This isn't the first time Erdoğan has set his sights beyond earth. In 2021, he unveiled plans to land on the moon by 2023. “The first rough landing will be made on the moon with our national and authentic hybrid rocket that shall be launched into orbit in the end of 2023 through international cooperation,” Erdoğan said at the time. The year 2023 marks the centennial of the Turkish Republic.

Speaking at the Global Space Exploration Conference (GLEX) in 2021 Serdar Hüseyin Yildirim, president of the Turkish Space Agency (TUA), said the country intends to launch a domestically-built rover by 2028/2029. A prototype will fly to the moon in late 2023 added Yildirim at the time.

President Erdoğan spoke with SpaceX and Tesla founder Elon Musk in December 2021 about possible cooperation on satellite and space technology reported DW at the time. The country has launched a Turksat 5A satellite into space in January 2021 using a SpaceX rocket according to reporting by Al Monitor.

Turkey’s sending a random into space next year.

Basically, if you’re 45 or younger, have a science/engineering degree (which knocks me out), and are basically healthy, you can apply.

Is that enough time to get ready for the International Space Station? Apparently so… https://t.co/betVB1iDAW

Sending someone to space is a costly endeavor and according to DW Turkish the total envisaged budget, for now, is USD 70 million. Speaking to DW, Turkish Space Agency board member, Lokman Kuzu, said the main purpose of the project is to get Turkish youth interested in space studies. He hopes the program will create opportunities to keep young people, engineers, and scientists in Turkey and reduce brain drain.

But a space program may not be enough to keep the youth motivated. According to a survey from 2020, half of Turkish youth are unhappy, citing financial difficulties as the cause. Over 70 percent of respondents said they would “definitely move abroad temporarily” while over 60 percent said they would move permanently. A more recent survey published in February 2022 by German political foundation Konrad-Adenauer-Stiftung (KAS) had similar findings, as some 70 percent of surveyed youth indicated an interest in moving and living abroad.

Many are also questioning why the initiative is being launched when Turkey is grappling with a number of other serious issues, including a major financial crisis that has left citizens struggling to make ends meet. A recent survey concluded that “an overwhelming majority of the population has become poorer in the last two years,” with 36 percent saying they were unable to meet basic needs and 43.7 percent responding that they can meet only basic needs.

Given this stark reality on the ground, the general response to the recent announcement is not surprising.

On Turkish twitter #UzayaGitmesiGerekenKişi (#ThePersonWhoMustGoToSpace) and #UzayaGidiyoruz (#WeAreGoingToSpace) were trending with users mulling over which of the ruling party officials they could launch into the atmosphere. Netizens also debated whether the country should focus on other earthly issues such as the tanking economy, education, and problematic justice system. Others made jokes about the soaring exchange rates in the country.

The alien observing the influx of Turks says: “There are more Turks than us.”