Five Latin American media that refuse to be silenced 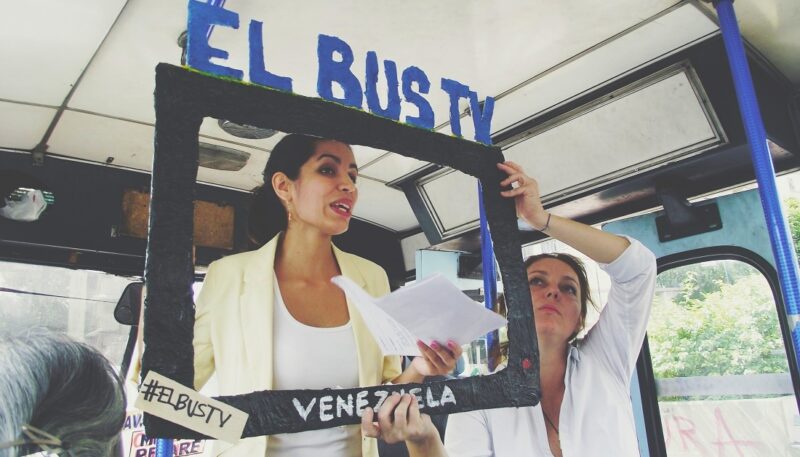 In Latin America, press freedom faces many challenges. In many countries, journalists and communicators face censorship, media blackouts, and verbal attacks from people in power. Many also risk their lives reporting on their communities. In some countries, they face criminal charges and, in many cases, experience job insecurity. The concentration of media in large corporations linked to the political and business class is also a challenge.

Wambra, Medio Digital Comunitario (Digital Community Media) is a non-profit organization dedicated to freedom of expression of groups historically excluded from the media in Ecuador. So, since its creation in January 2010, Wambra has told stories that are missing in the traditional media because “they bother, upset, disrupt and mobilize.”

Wambra has gone through different changes. It started out as an online radio station with programs co-produced by community groups and organizations. In 2016, it established itself as a digital medium that includes audiovisual formats, journalistic specials, podcasts, live broadcasts, and social media content. All of this journalism involves the participation of organizations and communities such as feminist groups, LGBTIQ+, youth, environmentalists, human rights organizations, Indigenous, and Afro-descendant peoples, among others.

What distinguishes Wambra is the great network of alliances that it has forged with other alternative media in the country and the region, and how it works with a great diversity of communities simultaneously. It is a medium that not only generates journalistic content, but also accompanies the social and political processes of the social organizations, groups, and communities with which it works.

If profile data is not taken into account to search for the women, it is even harder to explain their #Disappearance. @FiscaliaJal [Jalisco's Public Prosecutor Office] cannot explain why #women disappear.

The independent investigative journalism medium Cuestión Pública (“Public Question”) was founded in Colombia on March 4, 2018, and exposes cases of abuse of power. It stands out for its defense of democracy and social justice, but above all for its independence.

It focuses on issues of “corruption of public interest such as health, work, Indigenous and Afro-Colombian communities, rural conflicts over land tenure, political alliances that benefit private interests, and everything related to the Colombian post-conflict.”

Despite being a recent alternative media, it has won two Simón Bolívar journalism awards. The first award was in the press news category for its revelations of corruption of Colombian politicians in the Odebrecht case, and the second award was in the news category for revealing information about the 2019 bombing by the State against FARC dissidents in which eight children died. Cuestión Pública also had a critical, determined, investigative, and very close participation with the communities in the social outbreak of 2021. It is supported mainly by subscriptions, donations, and educational agreements with partner organizations.

Law enforcement officers in Phoenix, Arizona used tear gas to break up a sizable group of protesters outside the state’s Senate building...

At least two dozen people were arrested after thousands of protesters took to the streets in Manhattan and across the...

Ukrainian President Volodymyr Zelensky has pledged to fight for the safe return of two Americans who were captured by Russian...