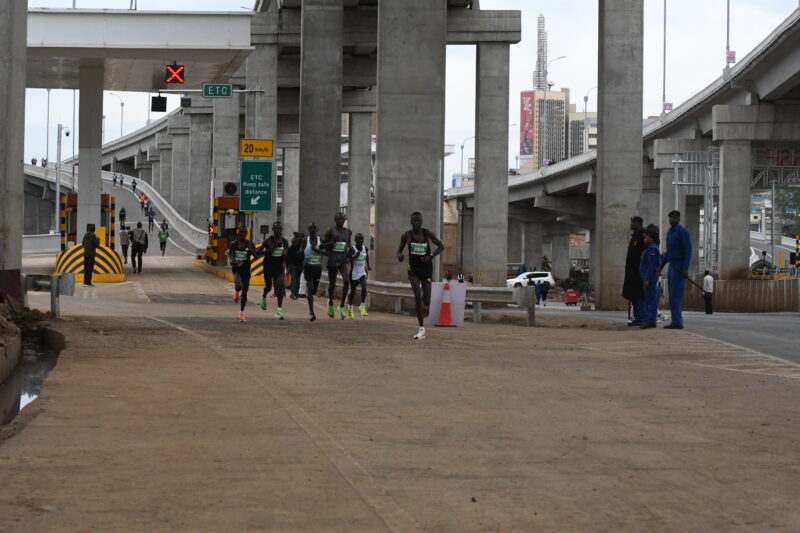 The Nairobi Expressway, a dual carriageway that was meant to decongest traffic on the main artery into Nairobi, has come under heavy criticism from environmentalists, economists, and human rights organizations. The USD 668 million expressway was launched with fanfare and ceremony in May 2022. However, news has emerged that the expressway is already set for a redesign just weeks after its opening.

During its construction, the expressway drew criticism for displacing thousands of residents and going over budget. Since its opening, residents have complained of a poor design, non-functional payment systems, and exorbitant toll rates.

The expressway — a 27 Km two-lane carriageway whose construction started in October 2019 — is one of President Uhuru Kenyatta’s legacy projects and was expected to revolutionize mobility in the Kenyan capital. Managed by the Kenya National Highways Authority (Kenha), it has been fully financed by the China Communications Construction Company (CCCC), the parent firm of China Road and Bridge Corporation (CRBC). In order to recoup its investments, the CCCC set up Moja Expressway group, a subsidiary that will operate the road for 27 years and collect toll fees.

In 2019, Nairobi ranked as the second most congested city in the world according to a 2017 Traffic Index list by the Serbia-based website numbeo. A report by Nairobi Metropolitan Area Transport Authority released the same year revealed that vehicles stuck in traffic potentially cost Kenya almost USD 1 billion a year in lost productivity.

“A road for the rich”

For years, various proposed measures such as the planned car-free day, the light-railway programs, and the relocation of buses and Matatus (privately owned minibusses) away from the central business district have either stagnated or failed to solve the city’s traffic nightmare.

The Nairobi Expressway is the first of its kind in Eastern and Central Africa. It is the second-largest toll road in Africa after the 32-kilometers long Dakar Toll Highway.

Unfortunately, a majority of Kenyans can’t afford to use the new road due to high costs. In a city where walking is the default means of transport for many who cannot afford the bus fare, private vehicles account for only 13.5 percent of commuters compared to 45.6 percent who walk and 40.7 percent who use Matatus.

According to transport and infrastructure experts, more priority ought to have been given to mass public transit systems. An efficient public system would help manage and ease movement within and beyond the city.

An impact analysis revealed there were significant physical and environmental consequences of the construction and highway.

According to estimates, more than 4,000 mature and young trees were cut down to pave the way for the expressway. Environmentalists protested the “green space plan” to no avail. To compensate for the loss, the National Environmental Management Agency (NEMA) ordered the contractor to plant trees in all the places affected by the construction. This has yet to happen, and with the president’s term coming to an end in August, it is unlikely to be realized.

Residents are also contending with increased air, noise, waste, and sewage pollutants due to the construction and highway.

Sections of the road’s columns holding the expressway were fitted with plants and flowers on pipe cubes as a beautification attempt.

However, while speaking to the BBC, Nature Kenya’s Paul Gacheru pointed out that it was not enough.

These are some of my favorite moments from today’s inaugural Nairobi City Marathon that traversed various parts of the soon to be launched Nairobi Expressway #NairobiCityMarathon #NairobiMarathon #Marathon #NairobiExpressway #Highway #OverPass #Nairobi #Kenya pic.twitter.com/lVf0VxOzxH

Though the beauty and wonder of the road enthralled many running enthusiasts, the marathon couldn’t entirely mask the project’s troubles, as the road’s engineering, financial and logistical woes came to light.

Ahead of the project, there were widespread forced evictions and thousands of homes were demolished to make way for the expressway. Many went online to question the level of professionalism (or lack therefore) that went into planning and engineering the project.

We are dropping our petition to the Ministry Of Housing. Forced evictions are a violation of human rights.

THE PEOPLE OF MUKURU CONDEMNATION OF THE FORCED EVICTIONS IN MUKURU. 1/#StopForcedMukuruEvictions pic.twitter.com/EVOTXJNfQ2

For Richard Kitheka, a Kenyan writer and TV host, the contrast was too stark to ignore.

The Nairobi Expressway opens for dry test runs this month.

The Nairobi marathon gave us all a good looksie into the road's beauty.

Underneath, on older road, we see its chaotic & unprofessional looksie. Why didn't the planners make proper drainage?@Ma3Route pic.twitter.com/XFbXkVX2vt

There has been more outrage following news that the China Road and Bridge Corporation (CRBC), the same contractor who built the expressway, had won a KSH 9 Billion (USD 76.9 million) contract to rehabilitate the lower section of the 27-km road that was damaged as a result of the expressway construction. This came only a few days after the Kenya National Highways Authority officials told parliament that taxpayers would not bear the cost of restoring sections of the destroyed road following works on the expressway.

Riaz Gilani, a Nairobi resident and entrepreneur, believes that either way, Kenyans will end up paying for the fixtures on the old road:

Of course there will be a cost. It just won't be a direct cost.
>>>
Expressway contractor to fix old road at no cost to taxpayer https://t.co/XCcZbZ3NZX via @thestarkenya

Nairobi Expressway contractor destroyed the old Mombasa Road. He will now, in a daylight unarmed robbery, pocket a whopping Sh9bn from taxpayers to repair what he damaged. Its unfortunate. Its Uhuru legacy. Its the legacy Raila Odinga wants to inherit. Who will save Kenya? Sad! pic.twitter.com/T9q9VA1pot