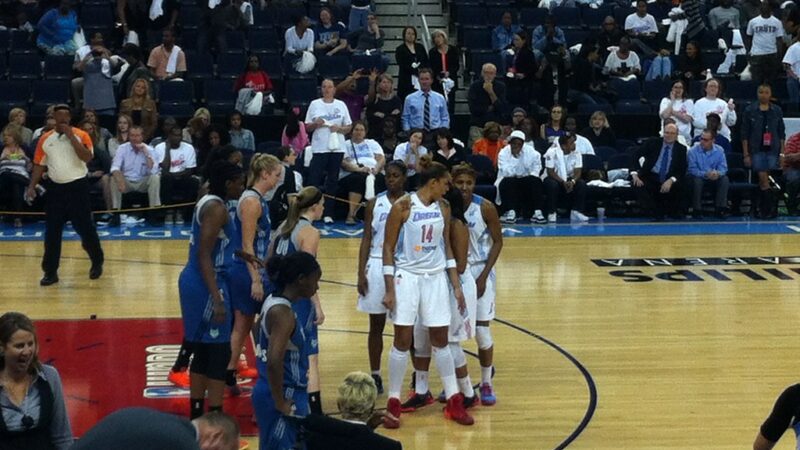 Kenya-born Olivia Nelson-Ododa was selected to join the Los Angeles Sparks in April 2022, making her the first basketballer of Kenyan descent to play in the US Women's National Basketball Association (WNBA). Drafted from the University of Connecticut (UConn) in the US where she helped the team to four consecutive final fours. Odada joins a bevy of other African women basketball players who are making an impact in the US professional basketball league. There are currently 12 teams or franchises playing in different major cities across the US, with the regular season being played from May to September.

Ododa comes from a pedigree of basketballers. She is the daughter of Sebastien Ododa, a former basketballer for the Kenyan national team fondly known as the Kenya Morans. Her brother Alonzo Nelson-Ododa plays in the NBA G-League.

Ododa, who was also named the Big East Co-Defensive Player of the Year in the 2020–2021 season, is a 20-year-old forward who was the nineteenth pick in the WNBA draft for the 2022 season. 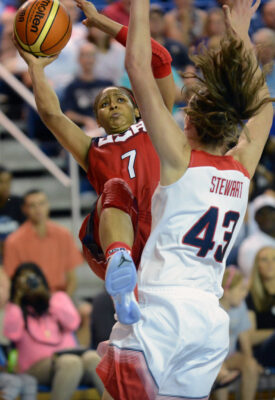 Another player of African descent, Sika Kone from Mali joined the New York Liberty team this year. The power forward has international roots as she played for Spar Gran Canaria in Spain and was drafted as the twenty-ninth pick. She also represented her national team Mali in the FIBA Women's Basketball World Cup Qualifying Tournament held in February 2022.

While the national team did not qualify for the FIBA World Cup, Kone did make an impact notching up 26 points in the opening game against France where they lost 77–66. She also led the team in rebounds in all three games against France, China, and Nigeria. According to her coach Joaquin Luis Brizuela Carrion interviewed by FIBA:

Sika is (a) young player, but also a great player as she showed in her 35 minutes against a leading team like France. She can play now in the WNBA because she is clearly ready and in another four to five years she is going to be one of the great players in the world — she could even be the greatest.

The two players were drafted in April as part of the WNBA’s new roster of players.

While the United States has the most famous basketball industry, there are plenty of talented athletes from the continent trying to make their mark a bit closer to home. In May 2021, the Basketball Africa League (BAL) kicked off in Kigali, Rwanda. Delayed by the COVID-19 pandemic, the League is a joint effort by the NBA and African leaders. The league features 12 of the top teams from across the African continent. During its inaugural season, a US State Department Spokesperson in a story for Atlantic Council noted that

…The expansion of the NBA into Africa only further serves to connect us socially and economically through the game of basketball. We look forward to supporting increased access, inclusion, capacity, and opportunity for African sports leaders and youth as we continue building bridges through sport.

While only a men's league has been launched so far, organizers hope that as demand for basketball in Africa grows, a parallel league for women will be developed. Liz Mills became the first woman to coach a men's national basketball team last year, guiding the Kenyan men's team to qualify for the Afrobasket 2021. She made history once again by becoming the first woman to coach a big 12 club in Africa, Morocco's AS Sale. Mills’ success is laying the groundwork for more women coaches to step up and advance the growth of the game. In an interview with BBC, she said:

There is still a long way to go and we need women at all levels within federations and leagues — including at the top — so that we can instigate change and provide equal opportunities and reshape the conversation around female coaches and females in sport.

Basketball continues to garner global appeal and inspire athletes from all over the world. Olivia Nelson-Ododa and Sika Kone form the next frontier of players and will form a firm foundation for future women basketball players from Africa. FIBA, through the biannual tournament Afrobasket Women, has helped support the growth of basketball at the national and regional levels within the continent. The tournament which also serves as the FIBA Women’s World Cup tournament played every four years and the Olympic Games qualification.

The FIBA Africa Women’s Club Champions Cup, held after every two years, has also helped develop and identify talent for the clubs and national teams. The winners of the respective country’s women's basketball leagues from Africa compete for top club honors.

Besides Nelson-Ododa and Kone, there are plenty of other African women looking to make an impact on the sport in the international circuit.

For instance, Satou Sabally is an American small forward born to a Gambian father and German mother, playing for the New York Liberty team. She was named to the 2021 WNBA All-Star team in only her second season.

Satou’s family initially came from The Gambia and moved to Berlin, Germany when she was two. After relocating, she was the only girl on her youth team, where she honed her skills. In her teens and college years, she was enlisted by the German club Eisvogel USC Freiburg where she played for no pay to remain eligible to ply her trade in WNBA. She moved to the US and played for Oregon for three seasons before becoming the second pick in the first round of the WNBA in 2020. She played consistently for one season for the Dallas Wings before relocating to Turkey, where she currently plays for the Fenerbache club. She has a sibling Nyara Sabally who was drafted by the New York Liberty in 2022 as the number five overall draft pick.

There is also Awak Kuier, who was born in Egyptian to South Sudanese parents before moving to Finland as a refugee. She plays as a forward for the Dallas Wings. Having started playing basketball at the age of 11, she drew inspiration from WNBA star Candace Nicole Parker. By her mid-teens, she went viral after clips of her dunking were shared on different online platforms. She played in Italy briefly before becoming the second overall pick in the WNBA 2021 draft.

Elizabeth ‘Liz’ Cambage is from Australia and has Nigerian parents. She plays as center and holds the WNBA single-game scoring record with her 53-point performance for the Dallas Wings against the New York Liberty on July 17, 2018. She’s also won two Commonwealth Gold medals for Australia, one Silver at the FIBA World Cup, and an Olympic Bronze medal.

She endured teasing from her friends due to her growth spurt when she was 10, which led her to try out for a basketball team. Playing for different clubs in Australia and US, she was eventually drafted by the Tulsa Shock from Oklahoma in 2011. She played for one season before plying her trade in China. She’s currently playing with the Los Angeles Sparks and has been a four-time WNBA All-Star team player. Her fellow teammates, Nneka Ogwumike, and sister Chiney Ogwumike form a formidable team for the Western US coast-based team.

The issue of players with mixed citizenry has never been smooth-sailing. In 2021, Nneka Ogwumike and Elizabeth Williams had made the request to the Court of Arbitration for Sport (CAS) to play as naturalized players for the Nigerian women's national team after being left out of the US team. The request was denied since the national teams can only have one naturalized player. Interestingly Chiney Ogwumike, sister to Nneka who plays for the WNBA's Sparks and with some USA Basketball experience, was granted permission to play as a naturalized player for Nigeria at the Tokyo 2020 Summer Olympic Games. As more African women seek to join the international athletics field, more leagues and nations will have to contend with these immigration challenges, which will hopefully shine a light on difficult and unjust immigration policies.

BOGOTA, Colombia — A fire at a prison in southwestern Colombia has killed at least 51 people and injured more...

My family lives the American dream, but too many Asian Americans still face violence and hate