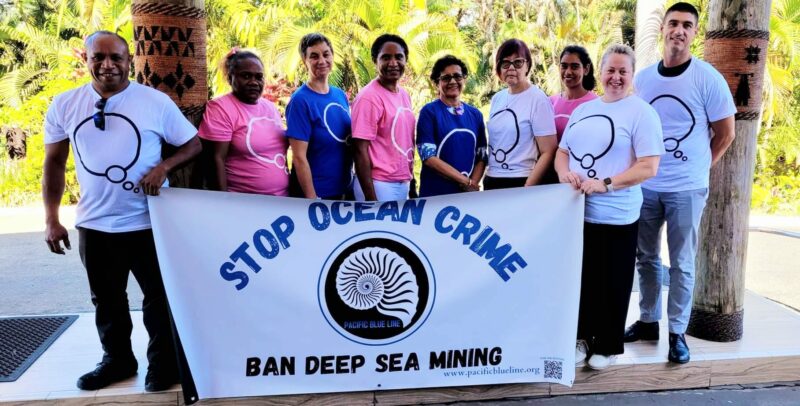 ‘Ban Deep Sea Mining”. Photo from the Facebook page of Oxfam in the Pacific. Used with permission.

Various Pacific groups celebrated Ocean Week and Ocean Day on June 8 by calling on officials to reject deep-sea mining (DSM) in the region.

Deep-sea mining is the practice of extracting minerals from the ocean floor, which threatens marine life and ecosystems. Because of its potentially massive impact, the International Seabed Authority of the United Nations is drafting regulations against deep-sea mining that could take effect in July 2023. So far, the island nations of Nauru and Tonga have expressed interest in pursuing measures to ban or limit DSM.

The regional network Pacific Blue Line is actively opposing DSM and warns how this extractive practice would exacerbate the harsh impact of climate change that is already ravaging island communities in the Oceania region.

Awesome #ocean warriors sharing their perspectives on state of the Oceans and why is important to revitalise & defend it through collective action, in the face of growing ocean degradation by the collective @pacblueline#bantoprotect #deepseaminders #worldoceansday2022 pic.twitter.com/Tdr3otosUt

Instead of DSM, Pacific groups have unveiled an alternative agenda promoting a “blue economy” that focuses on ocean protection and grassroots development.

Kick-starting a week of celebrating our ocean. #PRNGO+, @UtoNiYaloTrust, @lotupasifika, @Pacific_2030 & partners today hosted a prayer vigil to launch the collective's report on #BlueEconomy. This report presents the concerns of #Pacific CSOs on the issue of Blue Economy. pic.twitter.com/yabZAXM0cY

In celebration of Ocean Day, grassroots organizations around the pacific organized protests and events to reflect the growing opposition to DSM. In West Papua, Indonesia, young volunteers organized a coastal clean-up while promoting a petition against DSM. 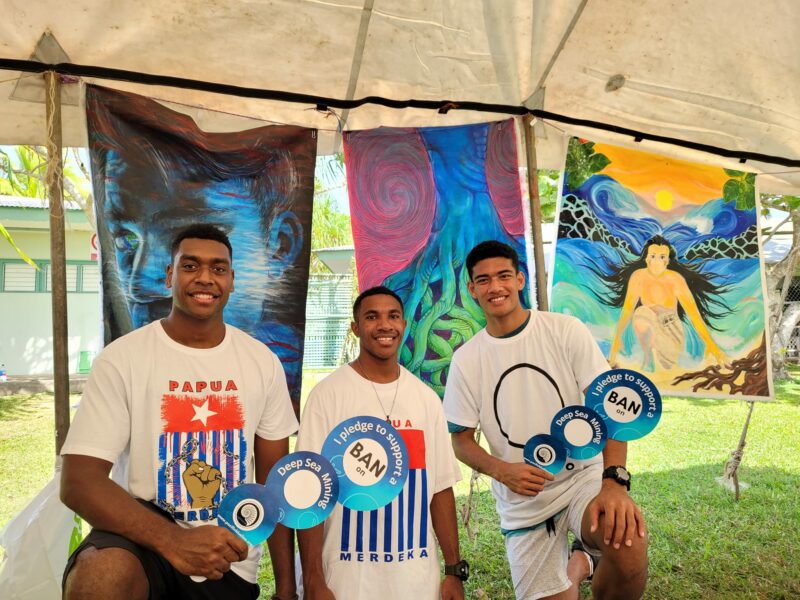 Young Papuans taking a pledge against deep sea mining. Photo from the Facebook page of Youngsolwara

In Fiji, the Pacific Conference of Churches gathered several individuals and groups together as part of the campaign against DSM: 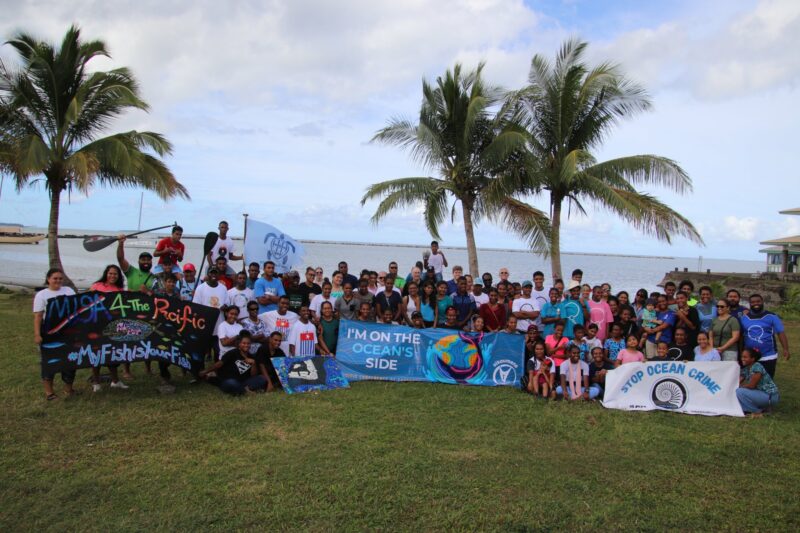 A group activity celebrating Ocean Week. Photo from the Facebook page of the Pacific Conference of Churches. 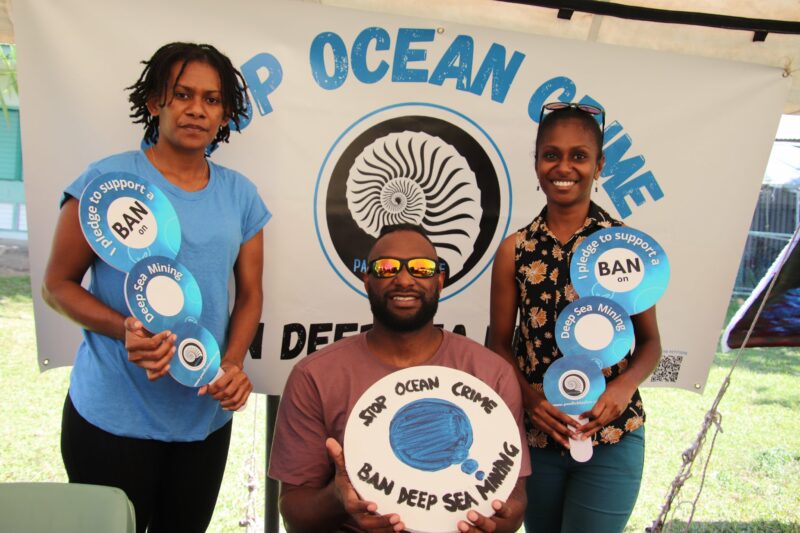 “Stop Ocean Crime”. Photo from the Facebook page of the Pacific Conference of Churches. 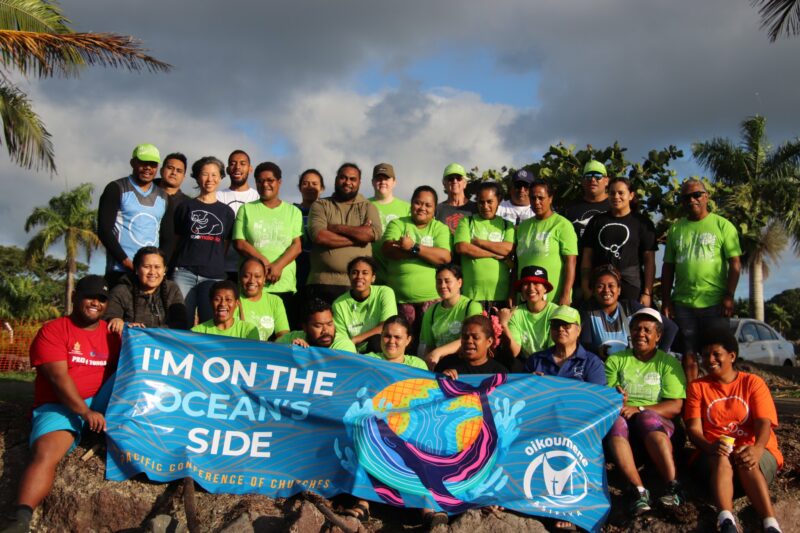 Coastal clean up near the University of South Pacific. Photo from the Facebook page of the Pacific Conference of Churches