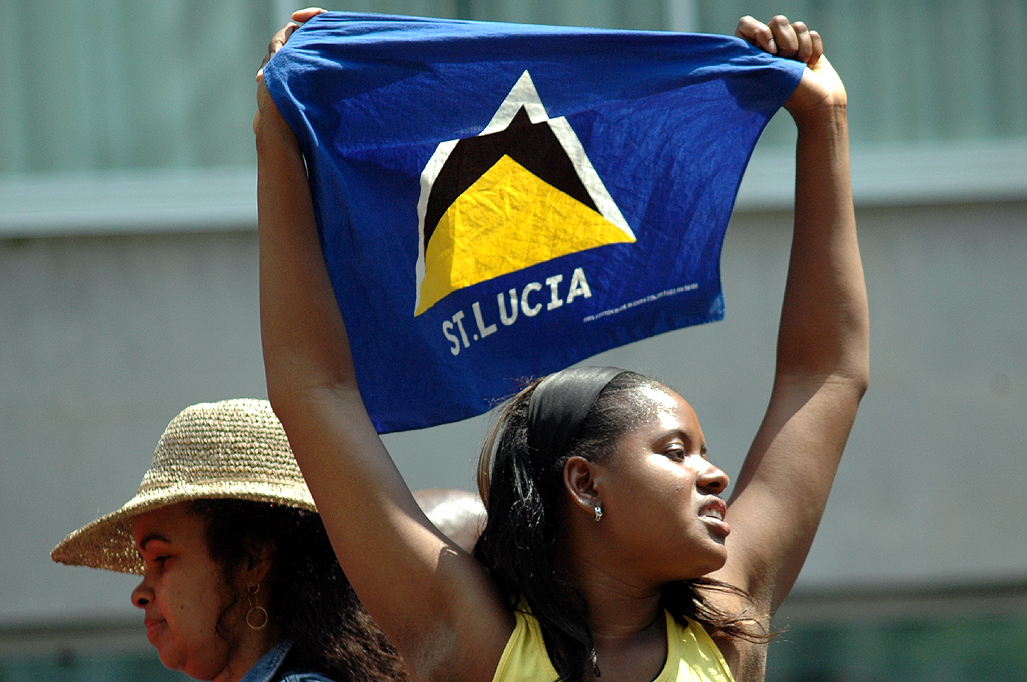 English may be the official language of St. Lucia, but Kwéyòl — sometimes called Patois or Patwa — is widely spoken; its unique intonation makes its way into the beautiful lilt of the St. Lucian accent, even when people are speaking English. So common is the use of Kwéyòl (a language that is a mix of syntax from West African languages and 17th-century regional French vocabulary, a reflection of the Caribbean region's colonial past), that many government communiqués and even media newscasts are conducted in both Kwéyòl and English. Now, the focus is on formally teaching the language in St. Lucian schools.

News of this most recent initiative has been garnering public attention for a couple of years now, but online discussion about the importance of mainstreaming the Kwéyòl language has been going on for much longer, region-wide, with some St. Lucians worrying about the language dying out within two generations if not passed on to the country's youth.

In a WhatsApp conversation, Hubert Devonish, linguist and Professor Emeritus at the University of the West Indies in Mona, Jamaica, put the initiative in context. After the St. Lucia Labour Party (SLP) won the country's first post-independence elections in 1979 and Kenny Anthony became the country's minister of education, a seminar was held to devise a standard writing system for Kwéyòl. This is the system, Professor Devonish says, that “became established and will most likely be used in formal education now under the new policy.”

Politics being what it is, however, progress was stalled when administrations changed, and even when the SLP was re-elected in the mid 1990s, this time with Anthony as prime minister, not much was done around the issue of language. While the current SLP government plans to change all that, Professor Devonish noted:

Meanwhile, the government's goal is to have fully bilingual students leaving primary school and fully bi-literate students graduating from secondary school. One Twitter user explained why this was important:

Well I’m Guadeloupe you are taught creole in schools, St Lucia doesn’t do that so we learn to write creole how we hear it spoken ☺️

Attitudes towards Kwéyòl have also been changing, with the language being seen as a source of pride:

Maybe it’s because of where I am from but I’ve never once experienced people being offended by Creole in St.Lucia. Maybe south people are just different, because everyone speaks patois openly. Those who aren’t fluent still try especially at school https://t.co/pbYDltkQT3

In an article for the St. Lucia Voice, Sylvestre Phillip, a longtime advocate of teaching Kwéyòl in schools, wrote:

Listen all you are saying here is an excuse. TEFL certification is 135 hours at best. Is not that deep. St. Lucia has a whole dictionary for it's Creole that is standardised and taught in schools. I'm looking at it right now. If it's something that we want done, it can be done.

But why do you think it's so hard for people to grasp English? Because it's not their first language. All of this HAS BEEN because of society wedging between the haves and the have not. We have been conditioned to hate our own language. People from Liverpool don't code switch.

Opinions about the value of Jamaican Patois can be charged. When there was talk of making Spanish the island's official second language back in 2016, there was an outcry, with many people feeling that Patois had, as usual, been discounted.

What about the impression that Creole languages are widely considered to be second-class languages? Trinbagonian linguist Jo-Anne Ferreira explained the origin of that perception, particularly with regard to the French-lexicon Creoles, in an e-mail interview:

Haiti, and French Guiana, Guadeloupe and Martinique (the latter three being the départements français d'Amérique or DFA) have rejected the proper name Patois and the label patois, because patois in French and in France refers to a set of regional, rural varieties of the French language. (Unfortunately, socioeconomics and sociopolitics often cause rural to be equated with ignorant and inferior.) Haitian and French Caribbean Creole speakers (and others) generally do not use the name Patois (to avoid confusion with French patois), simply because French-lexicon Creole is not French — the languages just share vocabulary sources. They reject the identification of their speech as a “patois” of French. They opt for the label Kreyòl/Créole which marks their speech as belonging to a language separate from French. (In France, Créole is actually France's number 1 langue régionale, not a dialect or patois of French!) The naming of the language as Kreyòl/Créole avoids non-existent links to and unnecessary (and odious) comparisons with French (especially for those territories which still have some ties to French and France)*, avoids stigmatisation, and is about language equality, not superiority or inferiority. (*Note that Trinidad, Grenada and Venezuela treat Patois as an autonym, with no disrespect, because of different sociohistorical and sociolinguistic realities, with less of a connection to France.)

In keeping with its support for multilingualism as a tool for inclusion, social integration and the sustainable development goal of quality education, The United Nations Educational, Scientific and Cultural Organization (UNESCO) is helping St. Lucia with an implementation plan for its language education policy. Working sessions with stakeholders like teachers, curriculum designers, researchers, etc. are carded for July.