The failed regional integration of the Summit of the Americas 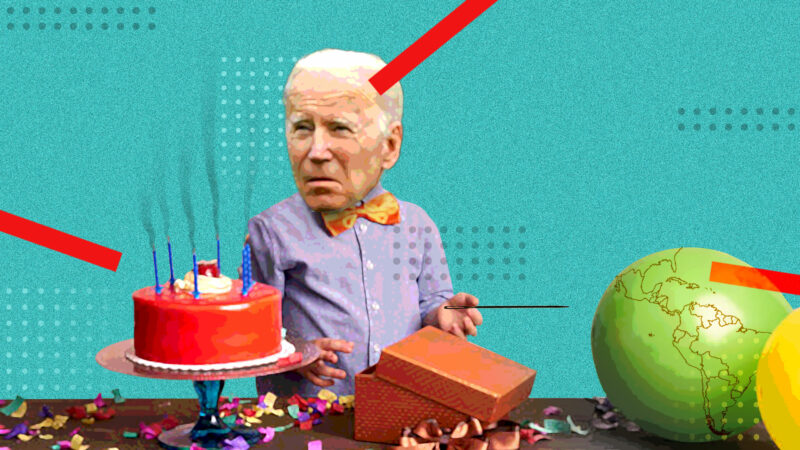 This article was originally published by Carlos Gutiérrez in the Latin American media Connectas. An edited version is republished on Global Voices under a media partnership.

This is “a key moment in our hemisphere, a moment in which we are facing many challenges to democracy” in Latin America. With this sentence, in an interview with Latin American news channel NTN24 on May 2, the U.S. Assistant Secretary for Western Hemisphere Affairs, Brian A. Nichols, provoked a strong reaction from some leaders of the continent. He referred to the fact that countries such as Cuba, Nicaragua and “the Maduro regime” do not respect “the democratic charter of the Americas,” for which reason they would not be invited to the Summit of the Americas (June 6-10) in Los Angeles, California.

The Summit of the Americas, which began in 1994, is a series of meetings between the heads of state and government of the Western Hemisphere to discuss common concerns, values, and policies, organized by the Organization of American States (OAS). The host country — in this case, the United States — issues the invitations.

Mexican President Andrés Manuel López Obrador (“AMLO”) reacted first, stating that he would not attend the Summit: “If countries are excluded, if not everyone is invited, Mexico will be represented, but I would not go.” When asked whether this was a statement of protest, the President categorically affirmed that it was “because I do not want the same policy to continue in America. And, in fact, I want to assert independence, sovereignty and demonstrate universal fraternity. We are not in favor of confrontation.”

From that moment on, preparations for the Summit, which this year bears the slogan “Building a Sustainable, Resilient and Equitable Future,” became a headache for the U.S. government. In a short time, leaders of other nations also expressed their intention not to attend if Cuba, Venezuela, and Nicaragua were not summoned. This was the case of the presidents of Argentina, Alberto Fernández; Bolivia, Luis Arce; Honduras, Xiomara Castro; Guatemala, Alejandro Giammattei and Brazil, Jair Bolsonaro.

This situation, practically a schism in Latin America's relations with the United States, has brought to the table the very raison d'être of the Summit, which in its principles seeks continental integration.

Whatever excludes, destroys.
By excluding sister countries such as Cuba, Venezuela and Nicaragua from the Summit of the Americas, the U.S. destroys the foundations of solidarity, cooperation and respect for sovereignty that underpin the OAS Charter. The U.S. divides Latin American countries.

In recent years, authoritarian regimes began to re-emerge in Venezuela and Nicaragua, although Cuba already had a government with these characteristics, notes Mario Torrico, a researcher at FLACSO-Mexico, in the book “Giro a la derecha. Un nuevo ciclo político en América Latina” (“A right-wing turn. A new political cycle in Latin America”). However, he adds, in countries such as Honduras and Bolivia, “democracy has deteriorated” and “leaders with an openly anti-democratic discourse” have “successfully emerged.” He refers, in particular, to Bolsonaro, from Brazil, and Nayib Bukele, from El Salvador. Xavier Rodríguez-Franco, a Venezuelan political scientist and Latin Americanist based in the United States, agrees that, from a political point of view, the region is going through a “regrettable democratic regression in many of our countries.”

The “authoritarian threat” in Latin America, Torrico adds in his writing, “arises at a time of lack of confidence of the population not only in politicians and political parties but also of falling support for democracy itself in the face of persistent problems that are not being solved, such as insecurity, the precarious economic situation of families and corruption.”

In the Latin American region we are living the moment of greatest disunity in decades, says Rodriguez-Franco. According to his analysis, “the integrationist drive of the first 15 years of the 21st century is in its darkest hours, in its most bitter hours. The regional and subregional integration agreements of Central America, the Caribbean, and South America, such as the Union of South American Nations (Unasur), the Andean Community or the Caribbean Community, are basically empty structures with no political content, empty in regulatory terms and with very little capacity to interfere in the regulatory framework of inter-American trade.

For journalist Francesco Manetto of El País (Spain), the fact that the continent is in disarray is not new. However, he considers that, with his declarations, Mexican President López Obrador awakened a reaction in several countries beyond Cuba, Nicaragua and Venezuela. From a symbolic point of view, he explains, “the United States still carries the burden of a past in which it did intervene directly.” Therefore, “perhaps we are facing a new U.S. international policy with the rest of the region.”

The incident of denying the invitations to Cuba, Venezuela, and Nicaragua points to a future of risky polarization in the continent.

The nations that make the Bolivarian Alliance for the Peoples of Our America (ALBA-TCP) — which include some Caribbean countries, Venezuela, Nicaragua and Bolivia — made this clear in their own summit in Havana on May 27. There, as their executive secretary, Sacha Llorenti stated, the leaders repudiated “the exclusions and discriminatory treatment” of the northern power and ratified “their commitment to strengthen ALBA-TCP as an instrument of union of our peoples based on the principles of solidarity, social justice, cooperation and economic complementarity.” They also declared themselves in favor of “genuine regional integration led by the Community of Latin American and Caribbean States (CELAC) and with the postulates of the Proclamation of Latin America and the Caribbean as a zone of peace”.

With its exclusionary stance, Washington seems to forget that in the past it not only coexisted with the worst Latin American dictatorships but also promoted them, which contributed to the emergence of strong anti-American currents in the continent.

In this scenario, Mexico bears the most complicated role. It is not easy, because it is a “hinge” or “cushion” nation, as defined by Andrea Sanfeliz since on the one hand, it shares a border with the U.S. and, on the other hand, it is one of the most relevant nations in Latin America.

Even so, in this Summit of the Americas crisis, AMLO demonstrated an important influence in the region. “I don't know how much this act of rebellion, in quotation marks, against the United States will be favorable for Mexico, nor what direct consequences his participation in the summit will have,” says Sanfeliz. The president waited until the last minute before making public his decision not to attend the summit.

One thing has become clear: Pan-American integration is in ruins, as are the possibilities of discussing the continent's problems in depth in order to reach common agreements that benefit all the nations of the Americas. For all these reasons, in the end, the citizens of the continent will be the losers.

Every week, the Latin American journalism platform CONNECTAS publishes analyses on current events in the Americas. If you are interested in reading more information like this, please click on this link.

Cavinder twins have message for trash-talkers: ‘We’ll see them on the court’