Tiananmen Massacre vigils are banned in Hong Kong, though memorials persist across the world 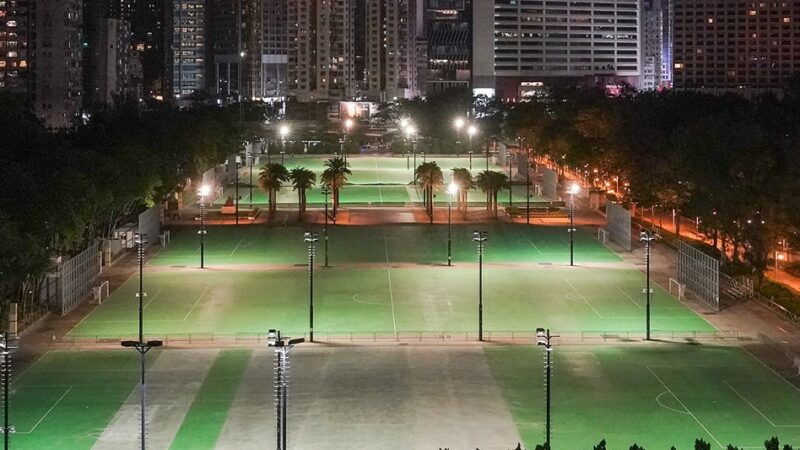 June 4 marked the 33rd anniversary of the 1989 Tiananmen Massacre. It was also the third night without keeping vigil in Hong Kong, breaking the longstanding tradition of honoring those who fell in the 1989 tragedy.

On June 2, 48 hours ahead of the annual commemoration day, the Hong Kong police force warned Hongkongers against inciting or participating in unauthorized assembly at or near Victoria Park on June 4.  It stressed that even if a person were alone and did not physically appear at the park, he or she could still be interpreted as taking part in illegal assembly and face a maximum of five-year term of imprisonment.

Reuter correspondent James Pomfret showed what the park looked like on June 4:

Since 1990, Hong Kong has held an annual candlelight vigil to commemorate and condemn the bloody crackdown of 1989 pro-democracy student protests in Beijing. This ended in 2020 as the city government banned the annual ritual, citing pandemic control measures. But some defied the ban and brought their own candles to the park, leading to the arrest of more than 24 prominent activists, who were accused of inciting, organizing, and participating in an illegal assembly.

In 2021, the vigil was banned again for the same reason. The police sealed off the park, but some citizens insisted on wearing black and lighting candles on the outskirts of the park.

Three months later, in September, the Hong Kong Alliance in Support of Patriotic Democratic Movements of China (HK Alliance), the host of the three-decades-long June 4 vigil, announced its disbandment after its leaders Lee Cheuk-Yan, Albert Ho, and Chow Hang-Tung were charged with “incitement to subversion”, and media outlets were forbidden to report on the committal proceedings of the trial due to reporting restrictions under the National Security Law.

This year, the Hong Kong Police Force extended the interpretation of unauthorized assembly as people sharing a common purpose, regardless of the size of the public gatherings and participants’ whereabouts.

Avery Ng, former chairperson of the pro-democracy political party League of Social Democrats (LSD), who was convicted of participating in unauthorized assembly and freshly released from a 14-month jail sentence, posted his fellow party members’ public act of commemoration at Causeway Bay:

Police briefly detained three people, including a woman wearing a t-shirt with "You cannot fight against the future" on the back.

Officers warned that the t-shirt may constitute unlawful assembly, according to one of the women.

"I don't understand it either," she said. pic.twitter.com/ypfwuV569U

Released after search the man said police warned him not to do anything to attract people to gather. He criticised police of infringing his individual freedom as he had not done anything illegal other than passing by with a white chrysanthemum. pic.twitter.com/mLTSi8TJqP

Near Victoria Park, a group of police officers stopped a private vehicle with a car plate that reminded people of June 4, 1989:

Reportedly, six individuals were arrested on charges that included inciting and participating in unauthorized assembly, possession of offensive weapons, and obstructing a police officer.

As there is little space left for public commemoration, many lit their candles at home and posted on social media instead. Signs were everywhere:

I am having a normal Saturday
Taking the train to meet friends pic.twitter.com/l9imNbMPRg

In commemoration of the 33rd anniversary of the #TiananmenSquare crackdown on #June4 1989. The European Union always stands in solidarity with human rights defenders across the globe. pic.twitter.com/Kyn8INVEPJ

The Polish Consulate General's post about its country's candle production capacity won a round of applause on Facebook:

Candlelight around the world

While the vigil in Hong Kong's Victoria Park has vanished, other candlelight vigils have spread, with more than two dozen cities around the world holding commemoration activities.

In the Chinese speaking world, Taipei has stepped into Hong Kong's role in preserving the history of the Tiananmen Massacre:

Liberty Square, Taipei, the only place in the Chinese speaking world where anniversary memorial events for the Tiananmen Square massacre 1989 is now allowed to be held, is filling up. pic.twitter.com/qYCPgY8Oz9

In London, the commemorative event took place outside the Chinese embassy:

Meanwhile, the diaspora Hongkonger group Committee for Freedom in Hong Kong projected images of the bloody crackdown on London Bridge:

Despite efforts to quell commemoration, the world remembers.