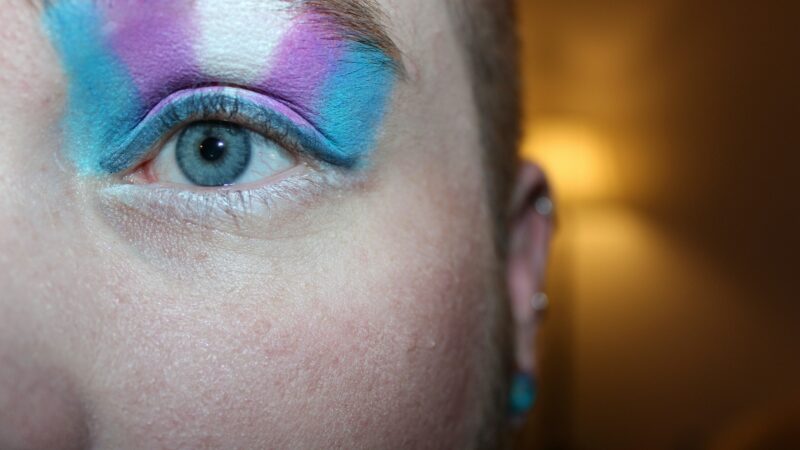 Image by Kyle used under an Unsplash license.

As the US is engaging in a political and cultural war about abortion and LGBTQ+ rights, the large South Asian community living in the country comments on the situation. Gowri Vijayakumar, assistant professor of sociology and women’s, gender, and sexuality studies points out that South Asian communities in the US may not be uniformly oppressive of queer identities, however, this has not precluded them from committing caste, gender, sex, and sexuality-based violence.

In the book “Controlling Women: What We Must Do Now to Save Reproductive Freedom,” lawyers, Julie F. Kay and Kathryn Kolbert describe how anti-abortion conservatives worked relentlessly for over 50 years to not just try to overturn Roe v Wade, the landmark 1973 Supreme Court judgment that legalized abortion nationwide, but also swayed public opinion against LGBTQ+ rights and same-sex marriage by working hand-in-glove with Christian right-wing extremists.

Kay and Kolbert write “anti-abortion extremists, white supremacists, and patriot movement anti-government groups align with abortion opponents in vehemently opposing same-sex marriage and LGBTQ+ protections.” And, while same-sex marriage may be the law of the land (it has been this way since the landmark 2015 Supreme Court ruling in Obergefell v. Hodges), the May 2022 leak from the offices of the US Supreme Court in the Dobbs case has now raised concerns about this legal precedent. After all, the logic employed in Obergefell was similar to that applied in Dobbs (the case before the Supreme Court that directly challenged the constitutionality of Roe v Wade).

The vague language in the bill made it unclear precisely what kind of conversations about sexual orientation or gender identity would be allowed and what wouldn’t. This bill not only hits LGBTQ+ parents the hardest (because it also doesn’t specify whether even saying “two moms” and “two dads” in the classroom would be allowed anymore) but is also problematic for relying on age-old tropes about homosexuality being “unnatural,” “deviant,” and, hence, “corrupting” the youth.

Conservatives claim that the bill “protects” children from sexual predators and “groomers,” which is based on another antiquated stereotype linked to the idea of a “gay agenda.” That trope comes from something that popular American evangelical commentator and theologian Dr. R. Albert Mohler Jr. once described as “propaganda for immorality” and “poisonous to Christian morality” in the context of increasing representation of gay and lesbian characters in Hollywood during the 2000s. The same reasoning is applied by conservatives today in the context of LGBTQ+ education.

Finally, parental notification rules in the bill also mean that teachers may be compelled to “out” closeted LGBTQ+ children to parents under this law if it furthers the interest of the child’s “health.” The bill states “A school district may not adopt procedures or student support forms that prohibit school district personnel from notifying a parent about his or her student's mental, emotional, or physical health or well-being,” and does not specify how “health” and “well-being” are defined under the law.

Overall, the bill’s vagueness is one of the key reasons why it has the potential for misuse.

Reactions from the South Asian community in the US

Social media is filled with strong reactions from the South Asian Community to both the Roe v Wade leak and the overall state of affairs with LGBTQ+ rights.

Alok Vaid Menon, prominent public speaker, commentator, and author of “Beyond the Gender Binary” posted the following image on Instagram, reminding everyone that while the impending abortion restrictions would adversely affect women, they would also affect transgender men, non-binary people, and anyone else with a uterus. Alok's call to unite women and LGBTQ+ people to jointly protest the potential overruling of Roe are poignant.

We knew this was coming.
Elections have consequences. https://t.co/TL5n2tDdup

The worst part: it’s an illegitimate Court. With stolen seats. We should be outraged and never ever forget.

However, not all South Asian Americans had the same opinions on these issues.

People should not expect the @JoeBiden administration to solve problems with the healthcare system anytime soon.https://t.co/axgM48exeY

This article also insinuates that because women who have abortions sometimes have greater mental illnesses, they “deserve better” (which is political doublespeak for banning abortions) — a reasoning in line with Bobby Jindal's hardline pro-life record as governor.

Meanwhile, entrepreneur Vivek Ramaswamy chastised Disney for siding with the LGBTQ+ community in Florida, alleging that their second quarter results will suffer (purportedly rightfully so) because of the company's vocal opposition to HB 1557.

We’ll find out when Disney reports its Q2 results whether its foray into the LGBTQ+ culture war adversely impacted its customer flows. My bet is they’ll try to be opaque about it.

In addition to restrictive anti-abortion bills, multiple states (mostly Republican-controlled) have also passed laws banning transgender girls and women from participating in sports corresponding to their gender identity while others have banned gender-affirming care for minors with gender dysphoria. Copy-cat versions of the “don't say gay” bill will soon appear in more than a dozen states in the months to come. All of this, as 2022 is poised to be the year with the most anti-transgender legislation in the history of the United States. If “Roe v Wade” is overturned this year, then 2022 will truly be historic — but perhaps not for all the right reasons.

While most of North America and Western Europe have expanded reproductive rights and LGBTQ+ rights over the years, the United States is an anomaly that seems to be going backward. With the Democrats’ recent failure to codify Roe v Wade in the Senate, it appears that there is very little that even President Joe Biden can do to correct the course of a ship that’s already taken a radical and conservative turn.